One of my most recent discoveries in ambient music is the wonderful Arjen Schat. Creator of exquisite Berlin Style sequences and warm gentle ambient (amongst other things). Having been active since 2002 he has a sizeable body of work under his own name, as Ohrwert (dub techno) and as Minute of Arc (idm). I had the great pleasure of collaborating with him on an album as Network 23 which we did by exchanging files via email. The result - The Clock of Dreams - is available on Bandcamp.  This interview is a chance to find out more about this unique artist.

I know you as Arjen Schat, which I assume is your real name, but you also release music under other names. Please introduce yourself.

My real name is indeed Arjen Schat, also known for releasing dub techno as Ohrwert and trying to make a name for myself with electro and idm releases as Minute Of Arc. I’ve been active in the field of electronic music in its broadest sense since the late ‘90s and have been releasing music under various monikers since 2002.

Tell us about your sequence based tracks. How do you go about putting a track together?

I usually start with a phrase or a key I have in mind and dial that in on my Koma Komplex analog step sequencer, or on the Elektron Analog Four’s sequencer. From there I start expanding the sequence and start adding more sequences to it, whilst I’m shaping the sound of the synthesizers I use. Then I add transposition sequences, these sequences transpose the root note of its main sequence and, depending on its complexity, create infinite variations of the initial sequence. Once the sequences are running I’ll add some pads, strings, or soundscapes to it. Either by processing the sequences realtime through Logic, or by adding more synthesizers to the mix. Once everything is in place I start improvising along with my trusty Moog Little Phatty, usually for a few hours prior to recording everything in one take.

You have an interesting collection of synthesisers, sequencers etc. Tell us what devices you're enjoying using these days.

A large part of the collection is currently stored due to a smaller studio space, but I've been using the same equipment selection for a few years now. I very much enjoy using my two Moog Mother-32s with the Koma Komplex, it’s like a melodic sketch board. There’s no menus and everything is tangible so it really speeds up the workflow, it also goes from 0-100 in terms of complexity by adding a few patch cables. As for drum synthesis I enjoy using the Vermona DRM1 MK3, it can really cut through a mix, but it’s basically nine analog synthesizers hardwired to shape drum sounds. Again, no menus and quick results. My favorite piece is still the Moog Little Phatty. I’ve bought two in 2007, one for playing and one for sequencing (this was before the Slim Phatty rack module came out). I feel it has shaped my sound over the years because it has been consistently in every release. I recently bought an expression pedal for it which adds a whole different dimension to playing the instrument.

We have a huge range of devices available these days for music making : vintage analogue, old school digital, VSTs, virtual analogue, new style analogue, modular etc. Do you have a strong view of what you like to use or are you open to everything? Do you prefer to work without a DAW for example? or does each tool have it's place?

There’s a hint of that in my recent albums "Audionautic Research Program" and “SiO2", but there’s definitely more coming.

When I started making music, it was all computer based. I was deep into signal processing and wanted to extend my sound palette with external equipment. My first synths were virtual analog, then I bought new style analogue synths, then there were some vintage digital purchases. I’ve wanted a full sized modular system for years, but there was always something more interesting on my path. I’d also like to buy it in one piece, which is quite expensive. I don’t have a particular preference for what I use, I use whatever I need to achieve a certain sound, whether it’s some analog percussion noise from the Jomox or Vermona, a choir sample on the Blofeld, or even a generative patch in Max or Reaktor. I do like to work without a DAW because it’s more immediate, but it really depends on the project. Each tool definitely has its own place though, I won’t be using a digital synth to create an analogue sound, or an analogue synth to create a granular sound.

Interesting.....and you also produce very effective ambient music, which for my ears really hits the spot. What do you think is the key to a good ambient track? And how do you go about making one?
I think it’s a combination of the right sounds and the right harmonics, when those elements are in place it just flows naturally. This is exactly what I try to achieve when I’m set out to record an ambient track. Often times it’s a very slow sequential track where the sound is able to open up, combined with a long reverb, and occasionally realtime granular processing to add more harmonics. But sometimes I use processed field recordings, or just play the Rhodes very slowly.

You also have an interesting Youtube channel, Arjen Schat, with plenty of performance videos including my favourite which is you using a Doepfer Dark Time sequencer with a Dark Energy synth - an excellent demonstration of how analogue sequencing works. Are you planning on doing more performance videos?

My YouTube channel hasn’t been as active as it used to be. I’ve set it up in 2007 to publish demonstration and music videos, and continued to do so over the years. In 2015 I tried to upload consistently every week, which went alright for 37 weeks, but I noticed the videos became variations on videos I had done before. Since then I upload when I feel like it. Lately it has just been music videos, but I might record another performance video as the last one has been well over a year.

And what about live performances? Can it be done?

It can be done, and I have done it in 2016 in a theatre in Limoges, France. The setup was surprisingly similar to what I use in my current studio. There’s always a concession to be made when it comes to what you really want to do live, but apart from the pads and drones, everything was done live, including the sequencing. It was a surreal experience because not a word was spoken or a sound was made during the 80-minute performance, something I’m not used to, coming from performing mainly dance-oriented music. 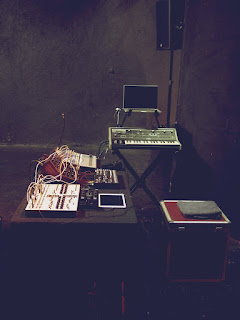 Interesting. Two more questions to go. Firstly, tell us about your most recent release SiO2

SiO2 is a document of how I try to move forward with my recordings in the new studio, a year after setting it up. It still contains my sonic identity, but is enriched with subtle rhythmic elements and non-western musical scales. The album title comes from the name of the studio, which is derived from the chemical formula of the street we live on.

And so to my last question - what will you be doing next?
I’m currently doing one recording a day for this month. I felt I wasn’t spending as much time on music as I would like to, so I decided to document my daily progression for a month. No long recordings or fully arranged tracks, often different takes of various musical ideas. I might curate the bunch and release it, or it will act as a tinder to ignite a larger musical concept.


Thank you, Arjen. This interview only scratches the surface of his huge body of work. You can find out more about his music on https://arjenschat.nl/music

I'd also like to mention the album which we made with Arjen earlier this year as Network 23 - "The Clock of Dreams" which is available to download from Bandcamp. It is made up of three tracks which combine Arjen's delicate sequences, slowly building and developing like structures, around which we weave rhythms and melodies to form an elaborate, complex whole.  It was a joy to make and we hope you enjoy listening to it. The three tracks are varied in tempo and feel, with each one exploring different moods.

This is a beautiful album and the words which come to mind are glacial and cold. Evocative of lunar landscapes, interplanetary drifts, slo... 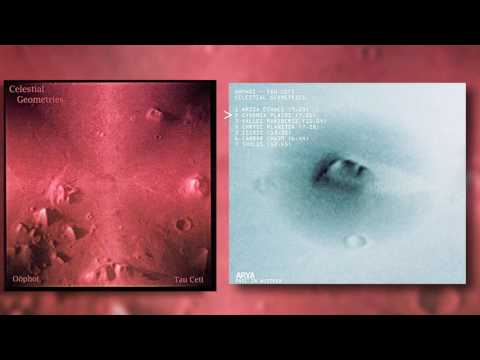